My Memories Of The Soil 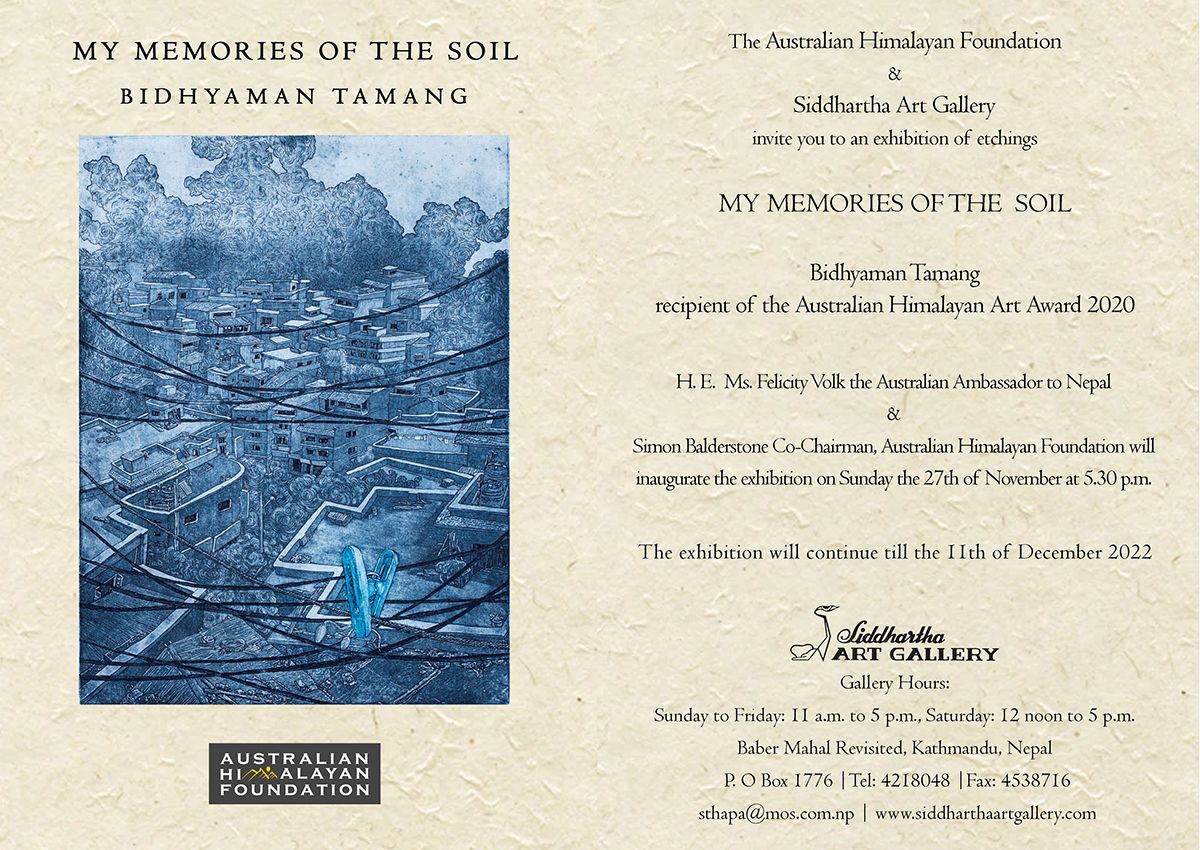 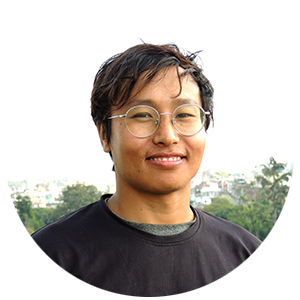 WHAT: My Memories Of The Soil

Bidhyaman Tamang on receiving the award:

The Australian Himalayan Foundation Art Award gave me the encouragement to take my art practice forward and to explore new possibilities in printmaking. Printmaking or making etchings is a laborious process - zinc plates are expensive and with the funding from AHF I had the energy to work on a body of work that is close to my heart. 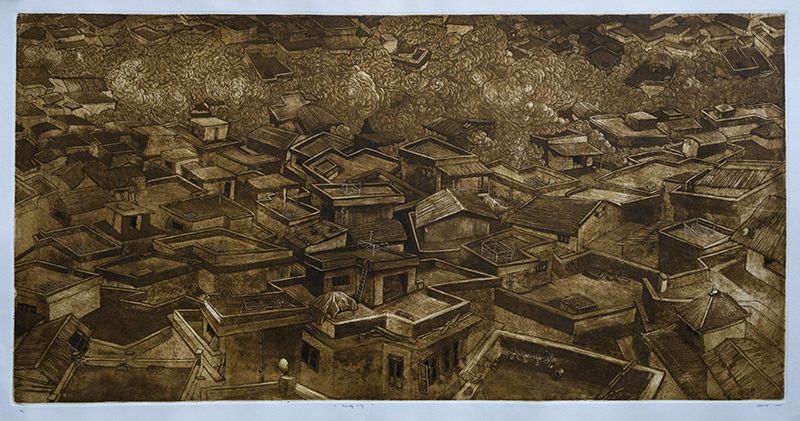 I first noticed Bidhyaman Tamang’s works when he exhibited his etchings at the Amalgam show hosted by the Siddhartha Art Gallery. A scarecrow resurrected from an abandoned farmland hovered like a ghost above the cityscape filled with haphazard urban structures. Another etching provided a powerful narrative on how farmlands were being commercially plotted to house the ever-burgeoning population of Kathmandu. As the son of farmers, Tamang’s works are deeply personal – the artist uses his own visage over which he superimposes the plots of his family’s farmland that have changed hands. His etchings chronicle the harsh reality of occupational and urban transformation. One etching documents farming tools neatly hung on the wall with a fog and a mouse perched on either side. Who will inherit these tools and this legacy, once the land is gone?

Bidhyaman’s works strike an emotional chord with the viewers, as we too have been witness to the rapid urban transformation that is taking place before our very eyes. Farming was the most important occupation of the Nation half a century ago and from a country that exported rice, we have now transitioned into a nation that is now importing rice. The recurring theme of land and memory, land and nature, and nature and man are rooted in Bidhyaman’s mind and heart. His etchings are imbued with nostalgia about a time past. His works provoke a profound sense of loss – looking at his etching of the insects associated with his farmland, I too felt nostalgic about the fireflies that once swarmed the skies and my garden in the month of June. The fireflies have disappeared like the house sparrow and the swallow. Ironically, we now need to remind ourselves about the existence of the sparrow on the 20th of March which is World Sparrow Day.

Bidhyaman’s etchings are a sensitive narration of the ecological price that we have to pay as farmlands are sold, forests are razed and the land is turned into barren sods of soil that cannot even sustain the insects that once thrived there. Right across the country, as roads are being built, trees are being felled and vast swathes of forests are being felled in the name of development, species of birds, animals, reptiles, and insects are being displaced. There is talk about human displacement but we fail to see the larger picture and the interconnectedness that we share with nature – the loss of natural habitat means that animal and human confrontations will increase, pollination will be problematic, agricultural yields will dwindle and we will soon find ourselves in an ecological nightmare. Can Bidhyaman’s memories of the soil provoke us into action? I do believe that his works arouse in us a desire to explore our own connection to the land of our birthplace, to the land that we live on, and to a utopian dreamland where man and nature can exist in harmony. Above all his works are imbued with an urgent message, that if we nurture the soil, we can save humanity itself. 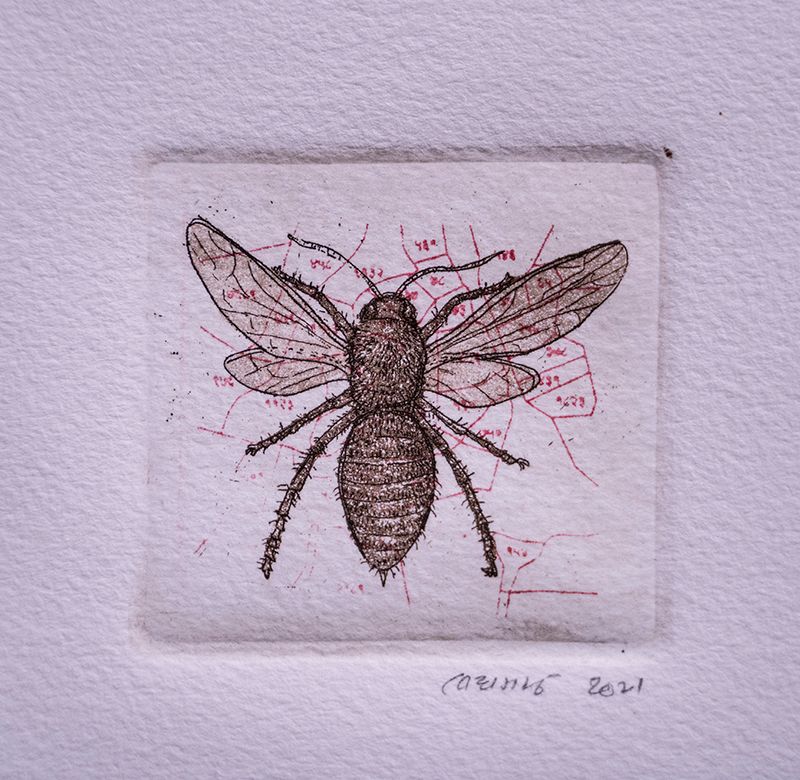 BIDHYAMAN TAMANG, was born in Ramechhap. He is among one of many generations of Nepalis that have been up-rooted from their villages. Bidyaman migrated to Kathmandu at an early age. Over the latter half of the 20th century, many individuals from across Nepal migrated to cities in search of better opportunities. More recent movements to the Middle East and Southeast Asia have further left many villages bereft of youth.

‘My Memories of the Soil” is an ode to his childhood in Ramechhap. Born to a family of farmers, he remembers the sounds, colors and the anatomy of the insects. Often times he would play with the insects on the farmland. His artworks offers glimpses into a familiar yet distant world-of arthropods and pastures, of crops and eco systems, of soil and memories that find little space in an urbanized world. Insects, wildlife, crops and farmlands have been the locus and inspiration for his art practice.

The artist challenges the audience to consider the impact of a booming ever-speculative Nepali real estate market that is transforming farmlands into concrete dystopias. As farms are transmogrified into coveted holdings, the extinction of insects continues and our former relationship to land crumbles. Bidyaman’s community no longer has the vast green fields with a thriving ecosystem of its own, instead there are commercially plotted land which will eventually be burdened with concrete structures. His artworks are an attempt to give arthropods and insects space in an urbanized world, which may have no place for them if such developments continue to grow unchecked. The fast urbanization of ancestral lands evokes a sense of loss while still eliciting a feeling of belonging. The artist’s attachment to the place where he was born remains despite the loss of many crucial connections to the community over the years. This series of work began as a way of finding his own roots. His works are visual representation of his childhood memories that are imbued with nostalgia and a fascination with what the lands of Ramechhap offered him decades ago.

“My Memories of the Soil” is a powerful narrative of Bidyaman’s deep connection to nature. 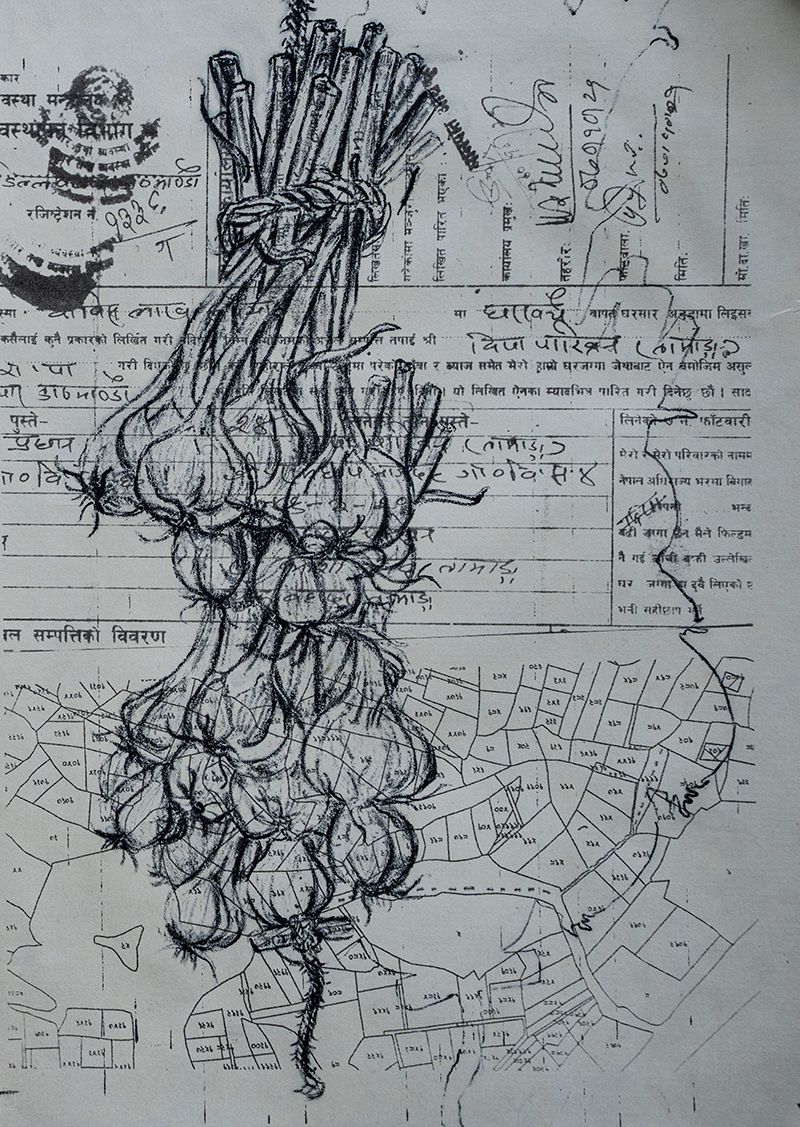